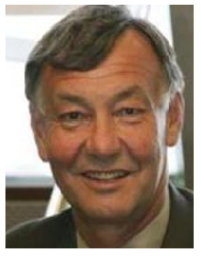 “Graduation day at Te Wananga. Soon after the Labour Government came to office it started showering money on all things Maori. ” – NZ Herald

“Soon after the Labour Government came to office, ushering in its flagship ‘Closing the Gaps’ programmes. It started showering money on all things Maori. ” – Ibid

“Out of this Te Wananga o Aotearoa pocketed $5.8 million and said that would go a long way towards providing for its growth. ” – Ibid

“But the Government went further. Closing the Gaps demanded even more taxpayer money be thrown at Maori. ” – Ibid

“Despite its apparent concern, it has continued to shovel huge sums of taxpayer money to this institution – all in the name of the treaty. ” – Ibid

“The Treaty of Waitangi Fisheries Commissioners have foreshadowed that the decision to allow the Maori Land Court to hear iwi claims to the foreshore and seabed of the Marlborough Sounds opens the way for similar claims around the country” ACT New Zealand Deputy Leader Ken Shirley said today.

I now call upon Prime Minister Helen Clark to act consistently, and to declare such claims off limits -as she recently did in the case of the claim for oil and gas reserves. In this instance, it was made quite clear that oil, gas and mineral reserves were vested in the Crown by legislation in 1937.” – Press releases on Court of Appeal decision on foreshores and seabed, Recreation Access

“I am again calling on the Labour Government to act decisively. It must spell out the bounds to claims – in order to prevent undue anxiety for tens of thousands of New Zealanders, and to ensure that iwi don’t waste any more time and money pursuing claims that should be off limits.” – Ibid

Hopefully Mr Shirley’s anti-Treaty and knee-jerk anti-Maori  beliefs will not be carried over to the Human Rights Review Tribunal.

One thought on “Shirley, Ken”

Back to Frankly Speaking